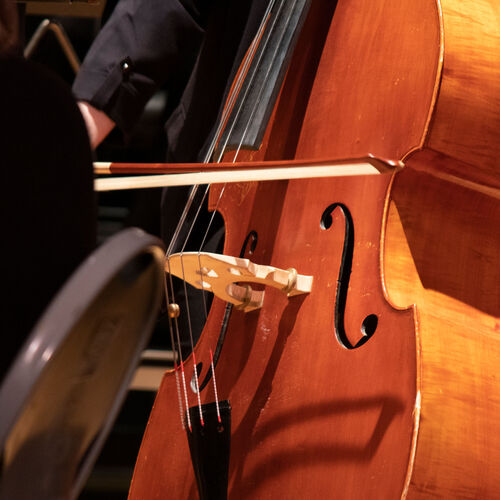 Music Director Adam C. Riccinto and the Ypsilanti Symphony Orchestra (YSO) will present its popular annual holiday concert at the Lincoln High School Performing Arts Center on Sunday, December 11 at 3:30 p.m. The YSO is excited to present this family-friendly holiday event featuring the evocative and trailblazing Gaelic Symphony by Amy Beach-the first major symphony composed and published by a female American composer-followed by a selection of holiday favorites, including A Christmas Festival by Leroy Anderson, music from A Charlie Brown Christmas, a medley of Christmas at the Movies, familiar selections from Mannheim Steamroller and the Tran-Siberian Orchestra, the always popular tune Sleigh Ride, and more music of the season.

“The YSO always looks forward to celebrating the holiday season together with our audience of community members, neighbors, family, and friends,” said Music Director Adam C. Riccinto. “This year we again have a terrific program planned for all ages, and our YSO family can’t wait to spread some holiday cheer through some great music making.” Amy Beach’s (1867-1944) Symphony in E Minor, Op. 32 (“Gaelic”) was premiered in 1896 in Boston, the first symphony of significance published and premiered by an American female composer. The four-movement work incorporates Celtic melodies drawn from Beach’s own heritage and that of the Irish population in her native Boston, including a song about a sea voyage titled “Dark is the Night,” as well as Irish jigs and traditional English and Scottish (Gaelic) tunes woven throughout the work within a traditional symphonic structure.

The Ypsilanti Symphony Orchestra (YSO) is proud of its unique and significant cultural contribution to the Ypsilanti area. The YSO’s mission is “to share our passion for music through innovative programming, creative collaboration, and arts advocacy,” and to “actively contribute to the music appreciation and education of our musicians, organizational members and audience.” Led by Founder and Music Director Adam C. Riccinto, the Symphony marks its 24th anniversary with the 2022-23 season.