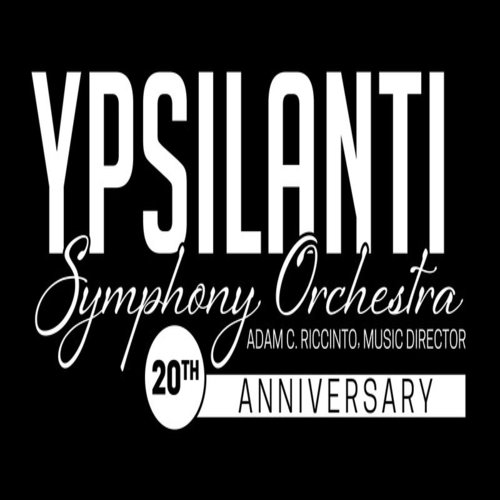 The concert features music arranged by Paul Keller for symphony orchestra. The 14 selections include some of the material played at Carnegie Hall by Keller with Dave Bennett and the New York Pops (Slipped Disc, Blues In The Night), some pieces from Mr. B’s YSO Pops show (Up A Lazy River, Sweet Georgia Brown), and a few new arrangements written especially for this concert (The Trolley Song, Laverne Walk). Of particular interest is The Real McCoy from Keller’s Ypsilanti Orchestral Jazz Suite, which is inspired by Elijah McCoy, 1870’s African-American Ypsilanti resident, engineer, inventor and holder of 57 U.S. patents for his innovative automatic oiling systems for locomotive engines.

Songbird Sarah D’Angelo is Keller’s wing-person and Gal Friday. Keller says, “Sarah is the voice of my music.” Sarah will be singing and playing fun and familiar songs like I Got Rhythm, Memories of You, I’ve Got A Right To Sing The Blues, and Basin Street Blues with her usual high-spirited energy and flair.

Steve Wood is considered to be the Dean of Detroit Tenor Saxophonists. Steve, a life-long resident of Detroit, is a product of the original Oakland University Jazz Program under the expert direction of Marvin "Doc” Holliday. Mr. Wood has played with a long list of great entertainers and jazz luminaries. He is a member of the Paul Keller Orchestra and co-leader of his own popular jazz group The Detroit Tenors.

Pianist Duncan McMillan has been with Paul Keller for over 10 years as the valued pianist in the Paul Keller Orchestra. Duncan, Sarah and Paul perform every Thursday night at Detroit’s historic London Chop House. Mr. McMillan is not only a great jazz pianist but he is also an excellent arranger and composer. Duncan is celebrating the release of his 2019 debut CD entitled A Room With A View.

Drummer Zach Adleman is just about to graudate from the Jazz Studies Program at Michigan State University. Keller says, “It has been a pleasure and a thrill to play for the past couple of years with Zach. We love him so much! He is a super-musical jazz drummer with amazing instincts and giant ears. Selfishly, we hate to see him move back to NYC after graduation but we know that he is going to do fantastic and important things in the jazz world. I just hope he sends us a post card every once in a while.”

The Ypsilanti Symphony Orchestra, or YSO, is proud of its unique and significant cultural contribution to the Ypsilanti area. The YSO’s mission is “to share our passion for music through innovative programming, creative collaboration, and arts advocacy,” and to “actively contribute to the music appreciation and education of our musicians, organizational members and audience.” Led by Founder and Music Director Adam C. Riccinto, the Symphony marks its 20th anniversary with the 2018-19 season.

YSO’s growth has been driven by its partnerships with regional organizations, strengthening community ties and offering diverse musical experiences to its audiences. In addition to the traditional concert season, YSO traditionally works to showcases and collaborate with local performing arts groups.

YSO’s 20th anniversary season will conclude in May, with its annual “Pops” outdoor concert in Riverside Park. Sponsored by the Washtenaw County Parks and Recreation Association, this very popular event draws over 500 residents and friends over Memorial Day weekend, to sit by the Huron River and kick off the summer with the music of its own community orchestra.More details to come...