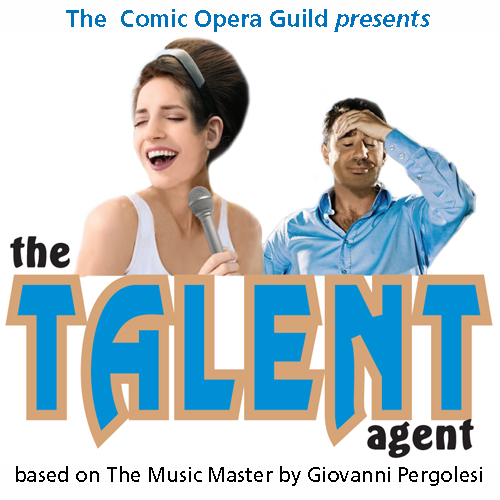 A modern take on Giovanni Pergolesi's 1731 one-act comic opera "The Music Master." It will be sung in English and accompanied by a period string ensemble.

A good-natured spoof of the opera business, Pergolesi’s THE MUSIC MASTER (IL MAESTRO DI MUSICA) resembles Pergolesi’s more famous LA SERVA PADRONA, which was technically an Intermezzo. Serious Italian operas in the 18th century were usually long, cumbersome affairs involving mythological gods or historical personages. They required elaborate sets and devices that were often animated (thus the term “deus ex machina,” where a god in a “machine” would solve the plot problem). These took a long intermissions to change, and something had to keep the audience entertained during the process, so the Intermezzi were created. In two half-hour scenes, they were played during the intermissions. They usually dealt with ordinary people instead of gods and became more popular than the operas that contained them, leading to the great comedies by Mozart and Rossini.

THE TALENT AGENT is our updated take on this 1731 comedy. It tells the story of Lauretta, the voice student, and her teacher and agent Mr. Lambert. Lambert feigns dissatisfaction with her progress in order to keep her under his supervision, since he is actually in love with her but won’t admit it. The big time agent Colagianni comes by the office and is sufficiently struck by her beauty to promote her for a role in a new musical. “GoGo Boots”. This is a catastrophe for Lambert, who fears he now will lose her. Ultimately, it becomes too difficult for him not to admit his feelings, and things end happily.

The interactions between Lambert and Lauretta will tickle anyone who has taken voice lessons, and the portrayal of Colagianni, who rates beauty over talent in casting, could apply to Hollywood. Claudia Wier, a COG board member who has sung professionally in Europe, will direct. She has made a detailed study of early Italian opera, and feels that the theme of this little opera is as valid today as it was nearly 300 years ago. It will be sung in an original English version.