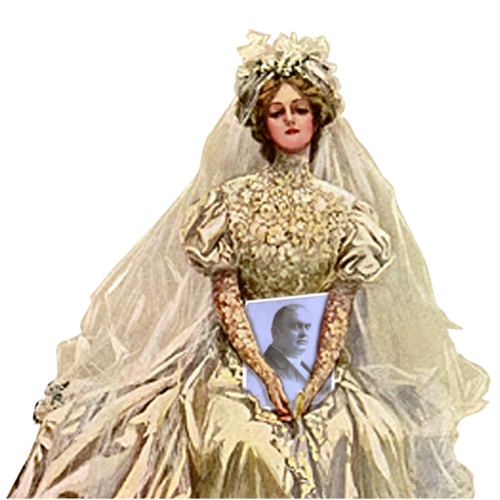 Attendance will follow county and state best practices current at the time of performances, including masking and proof of vaccination or recent Covid test.

The Princess Minutezza of Capri was elected to marry King Papagallo of Tiberio as part of a peace treaty. Papagallo has arrived in Capri to carry out the wedding, but Minutezza now loves another. She goes to extreme lengths to avoid the wedding, including recruiting a gang of brigands. Around this comical plot, John Philip Sousa weaves his musical magic.

Now renowned as The March King, Sousa was one of the kings of Broadway around the turn of the 20th Century. THE BRIDE ELECT (1898) is the only operetta for which Sousa wrote the music, book and lyrics! This work, like others of the period, has been neglected, but the Comic Opera Guild will bring it back to life with a talented company of performers. The Guild's revivals have all been recorded, and have been shared around the world.