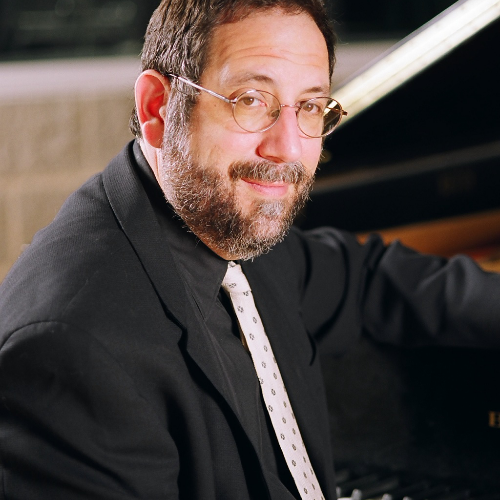 String bassist, bandleader, and composer Paul Keller hosts a new Jazz At Kerrytown Concert House series which showcases jazz pianists from Michigan, the mid-west and the world. Paul Keller and his “Imported Wine” VIP musical guests are guaranteed to entertain, delight and amaze with their jazz creativity, verve and virtuosity.

Funding for this performance is provided in part by the Don Chisholm Friends of Jazz at Kerrytown Concert House.


Phil DeGreg began playing the piano in his childhood and now performs as a jazz pianist internationally. His earliest jazz influences were Bud Powell and Bill Evans, but he is accomplished and comfortable in a wide range of jazz styles, ranging from mainstream to bebop to Brazilian jazz. His versatility has led to professional performances with dozens of internationally recognized jazz artists, as well as leading and recording with his own groups. Phil DeGreg has released eleven recordings as a leader and has been recorded as a sideman on many other jazz projects. He is also featured with J.J. Johnson on the video "J.J. Johnson Live in Concert." His most recent recorded project called "Melodious Monk" done in conjunction with trumpeter Kim Pensyl features the music of Thelonius Monk in duo and trio settings without drums. A review in All About Jazz writes: "â€¦he exhibits an excellent understanding of the complex compositions, and the stride tradition from which Monk sprangâ€¦they succeed because they have an undeniable affection for Monk, and their performance is top-notch….Phil DeGreg's masterful piano interprets Monk brilliantly and Kim Pensyl's trumpet is the perfect complement"

A native of Cincinnati, Phil completed a degree in psychology from Yale University before becoming a professional musician. After three years working and studying music in Kansas City, he finished a masters degree at University of North Texas, and subsequently toured the world for a year with Woody Herman's Thundering Herd. Later he was the recipient of two National Endowment for the Arts grants. He was named one of the 10 finalists in Jazziz Magazine's 1995 "Keyboardists on Fire" competition, and was a 1996 finalist in the Great American Jazz Piano Competition. For 16 years, he served as the house pianist at Cincinnati's famous Blue Wisp Jazz Club, accompanying visiting artists on weekends. His jazz festival appearances include the North Sea, Pori, Monterey, Montreux, Brecon, Wigan, and Elkhart Jazz Festivals. Phil has performed in clubs and concerts throughout the United States, and in the United Kingdom, France, Denmark, Germany, Italy, Guatemala, Costa Rica, and Brazil. In 2008 Phil was awarded a four month Fulbright Fellowship to lecture about jazz in Brazil.

Phil considers music to be a gift and is dedicated to sharing his love of jazz through teaching. He is currently Professor of Jazz Studies at the University of Cincinnati College Conservatory of Music, where he teaches jazz theory, arranging, piano, and ensembles. He has taught for the Jamey Aebersold Summer Jazz Workshops (since 1982), the UK Jazzwise Jazz Camps (since 1996) and has served on the faculty of the Blue Lake Fine Arts Camp, the Miami Valley Summer Jazz Workshops, and the Jim Widner Jazz Camps. He has appeared as a visiting artist/clinician at colleges and high schools throughout the U.S., Europe, Central and South America. Phil has presented lecture/demonstrations to the International Association of Jazz Educators, the National Group Piano Teachers Association, the Ohio Music Educator's Association, the Ohio Music Teachers Association, and the Music Teachers National Association, and has published articles for Jazz Player Magazine. In 1995 he published "Jazz Keyboard Harmony," a chord voicing method written for non-pianists and beginning jazz pianists, which is now used in private teaching and at universities throughout the world.

Paul Keller is one of the busiest bassists in the Detroit area today, earning the nickname “The House Bass Player For The State Of Michigan.” Since 1989, Paul has led the 15-piece Paul Keller Orchestra, which plays original, obscure and classic big band material from all periods of jazz history, and performs every Monday night at the Zal Gaz Grotto in Ann Arbor. Paul also plays in the popular Keller/Kocher Quartet and in The Paul Keller Ensemble, a three-horn sextet that features creative arrangements by Keller and his bandmates. Paul has been recognized internationally for his association with pianist/singer Diana Krall and guitarist Russell Malone.

John Taylor is a freelance drummer, composer, arranger and educator based in Southern Ohio. Primarily a drum set player, he also plays piano, guitar and electric bass. He performs regularly with the Phil DeGreg Trio, Brasilia, Kim Pensyl Group, Rusty Burge, Steve Allee, Puzzle of Light, Theater of Sound, PanVibe and leads his own trio with Brian Cashwell and Chris Berg. Taylor recently performed with the Dayton Philharmonic Orchestra under guest conductor Steven Reineke - conductor of the New York Pops. Taylor studied at Berklee College of Music in Boston, MA., where he was the recipient of a Professional Music Scholarship and a Steve Smith Jazz Master’s Award. He later earned a B.A. in Music Education from Wright State University, where he graduated Magna Cum Laude. Taylor was also winner of the Concerto Night Competition, performing the Creston “Concertino for Marimba” with the Wright State University Orchestra.

In addition to his career in performance, Taylor maintains parallel careers as an arranger, composer and educator. He has 28 years experience arranging winds and percussion for competitive High School and College Marching Bands and Percussion Ensembles throughout the Midwest. He has done post-scoring work for Fox Family Music in Los Angeles - scoring, producing and recording music soundtracks for animated stories. He has also composed and produced music for regional radio and television jingles. Taylor has also done professional Copyist work, with works being performed by the New York Opera Orchestra. He maintains a home studio running Logic Pro - a program utilized as the core of his musical work since it’s inception as Creator/Notator in 1992. Taylor is currently working on his own multi-instrumentalist solo CD.

As an educator, Taylor has maintained a private studio of up to 40 students, instructed High School and College Marching Band, Drumline and Indoor Percussion Ensembles. He has worked with many award winning programs in the region, including Centerville - Bands of America Grand National Champion 1992, Springboro - WGI Indoor Class A Champion 2001, and Williamstown HS - six time KMEA State Champions. He was the drumline instructor at the University of Dayton 2000-02 where he also directed an indoor percussion ensemble and served as Wind Arranger. Taylor was a featured clinician at the Beavercreek High School Jazz Festival in 2016 and has worked guest clinician with Centerville and Kettering High School Jazz ensembles.