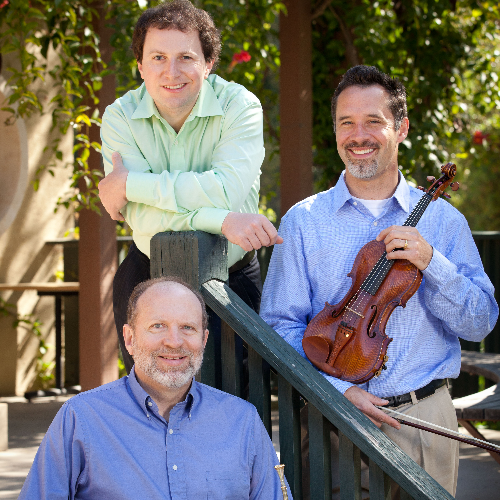 American Double was founded in 2001 by two Yale graduates with a vision of enriching their performances with works by composers of American heritage. They specialize in the music of Pulitzer Prize-winning composer William Bolcom, with whom they coached in preparation for their CD release “The Bolcom Project”.

"The Horn Trio for horn, violin, and piano is occasioned — I don’t want to write “inspired” — by the era we’re living in. So many of us feel desperation from the constant, gratuitous endangerment of our country and the world; I wrote the Trio to express this, hoping listeners might possibly feel less alone.

The heavy plodding rhythms of the first movement are supplanted by a hectic second, a portrait of our misfortune’s principal agent. The following slow movement contains a short moment of respite toward its end — a brief breakthrough of tonal sunshine in C major — and the finale is a resolute march of resistance." --William Bolcom