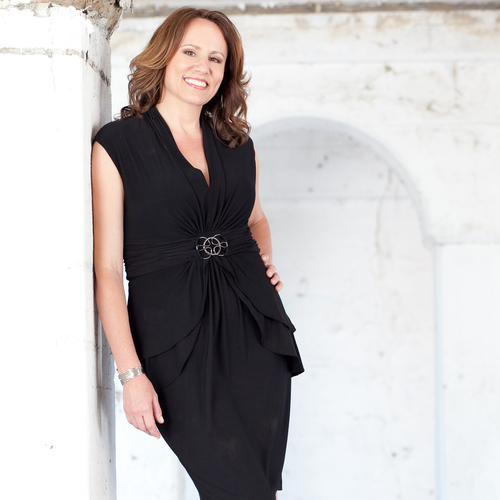 Chicago-based jazz singer, Elaine Dame, sings and people stop and listen. The woman who Time Out, Chicago calls a “jazz dynamo” and “a gem in the city’s vocal jazz scene” has been turning heads for the past twenty years, a mainstay of the Chicago jazz scene. From her headlining appearances at New York City’s legendary Rainbow Room and Michael Feinstein’s 54 Below, to her main stage performances at the 2015 and 2017 Chicago Jazz Festivals, to her appearances at venerable jazz clubs all across the country, Elaine brings her joyful, unique interpretations to vintage vocal gems and modern standards alike.

Neil Tesser, Grammy award-winning jazz critic and author of The Playboy Guide to Jazz said, "Dame has risen to the top ranks of Chicago jazz singers. She possesses all the musicality you could want in a true jazz vocalist: centered intonation, an enviable command of rhythm and a translucent but powerful instrument.”

While virtuosity is a given, it’s the joy she exudes with every note that make Elaine’s performances unforgettable. A graduate of The Theater Repertory Program at California State Northridge, Elaine worked for years in Chicago’s theater scene before turning her whole focus to jazz. She’s a singer who understands the importance of stage presence. It’s no wonder the Chicago Reader wrote, “Ms. Dame has a winning stage presence and a chameleon-like vocal flexibility.”

Comes Love, Ms. Dame’s debut recording was released to wide critical acclaim and international radio play. “Dame combines a freshness of approach with an unaffected fondness for the music she sings. The result is a clear-eyed approach to her material that remains accessible to a broad cross section of listeners, potentially enlarging the audience for jazz,” said Jazz Improv Magazine.

In December of 2014, Elaine released her highly-anticipated sophomore recording You’re My Thrill to rave reviews: “Dame’s interpretive gifts-which are through the roof-do what jazz is meant to do: turn these well-worn tunes into a revelatory and often very witty set of commentaries on each other. Her voice is capable of doing whatever she asks of it-from an extended staccato run to a single word teased by a beguiling melisma –but it’s the choices behind these technical feats that are the real story. Everything is in the service of the narrative; the beauty of her instrument is guided by the shrewdness of her instincts and her instincts are infallible.” –Robert Rodi, New City, Chicago

Elaine is currently planning her third studio recording-a special project that will feature extraordinary jazz renderings of her favorite songs from the 70's with an all-star line-up of notable jazz instrumentalists.

For the past twelve years, in addition to her consistent work as a jazz singer, Ms. Dame has been a private jazz vocal instructor. She was honored to have been a 2013 teaching artist at Orbert Davis’ Chicago Jazz Philharmonic Summer Jazz Academy, where she taught scatting Master Classes. She has also conducted Jazz Clinics at The Chicago Academy for the Arts, Minneapolis Public Schools, Drake University in Iowa and the Benjamin Franklin International School in Barcelona, Spain.