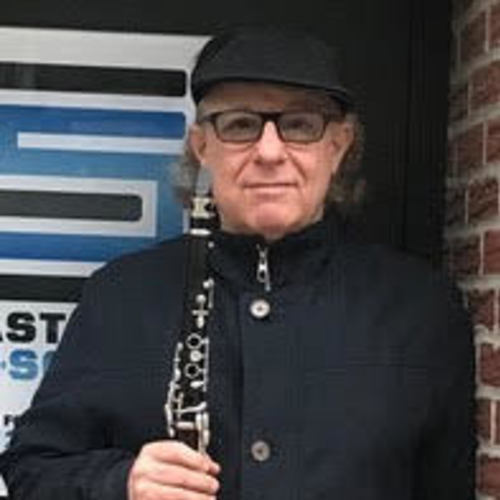 Multi-instrumentalist Michael Marcus has led numerous groups over the years, including a quartet that has included different musicians. The version he brings to Edgefest will perform compositions from a forthcoming cd and features famed veteran drummer and percussionist Warren Smith.

San Francisco-born Michael Marcus fell in love with the blues as a youngster and began to play music, first on the harmonic and then on the saxophone, performing on the baritone in blues bands, eventually going on the road with Albert King. In 1982 he moved to NYC and continued to develop his musical craft, practicing and studying with Barry Harris and worked regularly with multi-instrumentalist Makanda Ken McIntyre’s ten piece ensemble, developing his skills on all the saxophones and clarinets, including the straight alto and the saxello, instruments that Rashaan Roland Kirk reworked and labeled as stritch and manzello. He played with conventional modern jazz players and avant-gardists alike, developing strong long-term relationships with Sonny Simmons (co-leading the Cosmonautics group that has released eight recordings, Ted Daniel, Frank Lowe (he played and arranged for his Saxemble with four saxes and drums), and toured and recorded with pianist Jaki Byard.

At one time known for playing multiple instruments, sometimes several at a time in honor of Kirk, he now often concentrates exclusively on the clarinet. For this performance, however, he will also bring a tenor saxophone and the very rare wooden single reed octavin.

Bassist Tyler Mitchell hails from Chicago, where he studied with Donald Raphael Garrett and Malachi Favors. He moved to NYC in 1984, where he eventually joined the Sun Ra Archestra (before the move to Philadelphia) and performed and recorded with musicians of various generations and stylistic preferences, from Shirley Horn and Jon Hendricks to Billy Bang and Frank Lowe. He left NYC for eleven years, residing in Mexico and playing with local musicians. Since coming back to the city, he has resumed his playing and recording schedule as a leader and sideman, and has returned to the Archestra fold, now under the direction of Marshall Allen.

John Austria is a jazz pianist who has been performing and teaching professionally in NYC for over ten years. He performs regularly with the Sonny Simmons Quintet, the Michael Marcus Quintet, and Makane Kouyate’s West African/Jazz fusion ensemble Denbaya. John has been a long-time student of Dizzy Gillespie’s pianist Mike Longo and received his BA in music from the City College of New York with a focus in music theory.

Warren Smith was born in Chicago where he first studied clarinet with his father. He attended the University of Illinois and the received a master's degree in percussion from the Manhattan School of Music. His firm all-around percussion training served him well, allowing him to work in Broadway pit bands but also to work in a variety of jazz contexts; for example, he played marimba and vibes on The Music of Jimmy Hendrix by Gil Evans. In the 1960s Smith accompanied Aretha Franklin, Nina Simone, Lloyd Price, and Nat King Cole but also with many jazz musicians of various stylistic orientations, including Evans and, most prominently, with Sam Rivers in his “tuba trio,” and was a founding member of Max Roach's percussion ensemble, M’Boom. He continued to work with innovators such as Wadada Leo Smith, Oliver Lake, Julius Hemphill, Anthony Braxton, Charles Mingus, or Muhal Richard Abrams, while also doing more mainstream gigs.