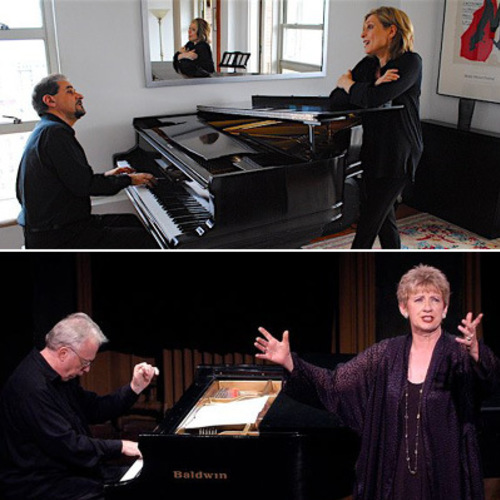 "Bolcom and Morris may be the best thing to happen to American popular song since the invention of sheet music."

Traversing Broadway, vaudeville and music hall, performing music from the ragtime eras to the end of the 20th century, the due of William Bolcom and Joan Morris have delighted audiences across the United States and around the world since 1973. The duo has 25 recordings to their credit, from their Grammy-nominated debut "After the Ball" to recent collections of songs by Yip Harburg, Gus Kahn and Arnold Weinstein/William Bolcom.

Combining her "luminous," "lustrous" voice with his "exquisite" pianism, Amy Burton and John Musto have been delighting audiences across the U.S. and Europe with their programs of French chanson, German Kabaret, and the Great American Songbook. As a duo, they have performed at the Liceu in Barcelona, at the Songfest Festival in Los Angelos, Lincoln Center, and appear regularly at cabaret rooms such as New York's Café Sabarsky.