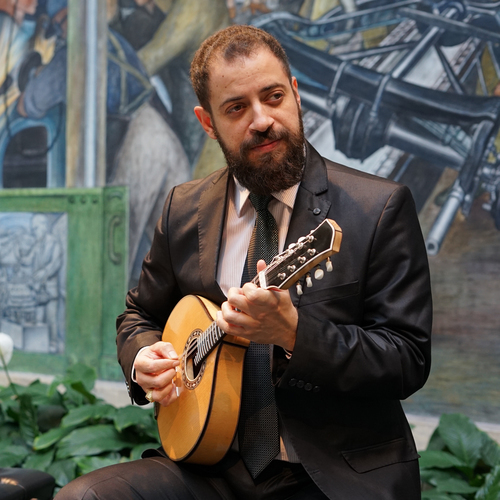 Danilo Brito is an award-winning wizard of the mandolin and an authority in the art of playing choro. His repertoire spans more than a century from the birth of Brazil's first national music to the major composers of Brazilian music to new compositions that expand the literature. His ability as a composer fuels his skill as an interpreter: he understands a composer's intention and brings its essence forward with clarity that often exceeds the original. Though he was born with the talent of a prodigy, many years of participation in rodas de choro, gatherings of musicians to play choro repertoire, taught him the literature and performance practices of one of the world's most challenging and beautiful musical genres. From this artistic incubator he has emerged with emotive power that transcends choro and elevates him to be one of the world's most remarkable musicians.

During his 2019 tour he will release his newest album, Da Natureza das Coisas (The Nature of Things) with new compositions of his own as well as interpretations of works by Heitor Villa-Lobos and guitarist Garoto.