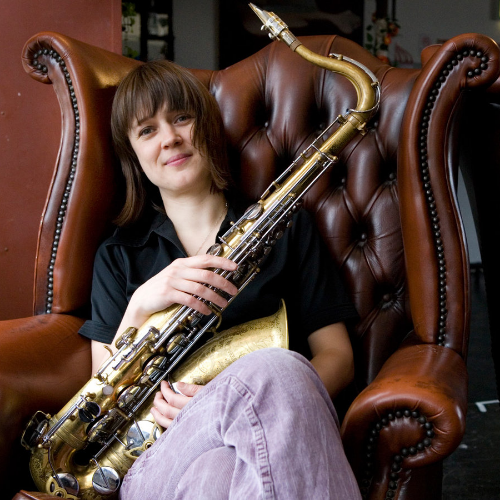 Originally from Germany, Ingrid Laubrock is a saxophonist/composer based in Brooklyn since 2009. Laubrock is interested in exploring the borders between musical realms and creating multi-layered, dense and often evocative sound worlds.

Memphis-bred, Grammy-nominated bassist/composer Stephan Crump has lived in Brooklyn since 1994. An active bandleader and composer, he has released ten critically-acclaimed albums in addition to numerous film scoring contributions. As bassist, known for transforming his instrument into a speaking entity of magnetic pull, his focus on creative instrumental music has led to collaborations with many of the leading lights of his generation.

Pianist Cory Smythe has worked actively with pioneering artists in new, improvisatory, and classical music, including drummer/composer Tyshawn Sorey, violinist Hilary Hahn, and multidisciplinary composers from Anthony Braxton to Zosha Di Castri. He has been featured at the Newport Jazz, Wien Modern, Nordic Music Days, Approximation, Takts, and Darmstadt festivals, as well as at Lincoln Center’s Mostly Mozart, where he was recently invited to premiere new work created in collaboration with trumpeter Peter Evans and pianist Craig Taborn. He has performed across the United States, Europe, and Asia, garnering praise for “the ferocity and finesse of his technique” (Washington Post).