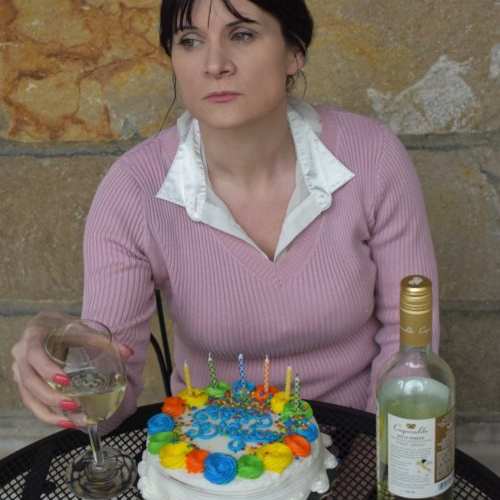 Redbud Productions Presents: The Michigan Premiere of The Herd: the Critically-Acclaimed Comedy/Drama Of A Family In Crisis By Rory Kinnear. Directed By Loretta Grimes

Redbud Productions continues its 20th year with the Michigan premiere of this witty and heartfelt play which examines a family falling apart and pulling together when life doesn’t
turn out the way they imagined.

“A warm, but unstinting look at the burdens and rewards of caring for a loved one with special needs.” —Time Out Chicago.

Anxiety-ridden Carol (Lisa Coveney) is determined to have an intimate family dinner party for her disabled son who is turning twenty-one. Everything is going wrong. Her estranged ex-husband (Brian Hayes) drops in unexpectedly after years of having nothing to do with her or their son’s disability. Her daughter (Katie Whitney) reveals that she has a new boyfriend (Chris Krenz), who Carol has never met, who will also attend. And Carol’s son and caregiver are late...very, very late to the party. Lenore Ferber and Michael Haifleigh play the older generation of this clan confronting the possibilities of reconciliation, the power of the past, and the irresistible pull of family.

Ann Arbor’s Redbud Productions began in 1999. In addition to full scale productions, we offer acting classes for adults and high school students based on the acting techniques of Sanford Meisner. For more information on productions or classes, visit redbudproductions.com

Director Loretta Grimes trained at the American Academy of Dramatic Arts in New York and has been teaching acting to area teens and adults for over two decades, based on the methods of Sanford Meisner. She most recently directed If I Forget, Nice Girl, Prodigal Son, Good People, Assisted Living, Other Desert Cities, 4000 Miles, The Great God Pan, Circle Mirror Transformation and A Small Fire – all at Kerrytown Concert House; and has won acclaim for her performances in Redbud Productions’ Luna Gale, August: Osage County; Rabbit Hole and as Vivian Bearing, the cancer patient in Wit. She has directed and performed in many other Redbud plays and has won several awards from The Ann Arbor News and Current Entertainment for her efforts as both actress and director.

Rory Kinnear is a British actor and writer. His debut play, The Herd, premiered at the Bush Theatre, London in 2013, and won the Critics’ Circle Award for Most Promising Playwright in 2014.

“The Herd” is presented by special arrangement with SAMUEL FRENCH, INC.